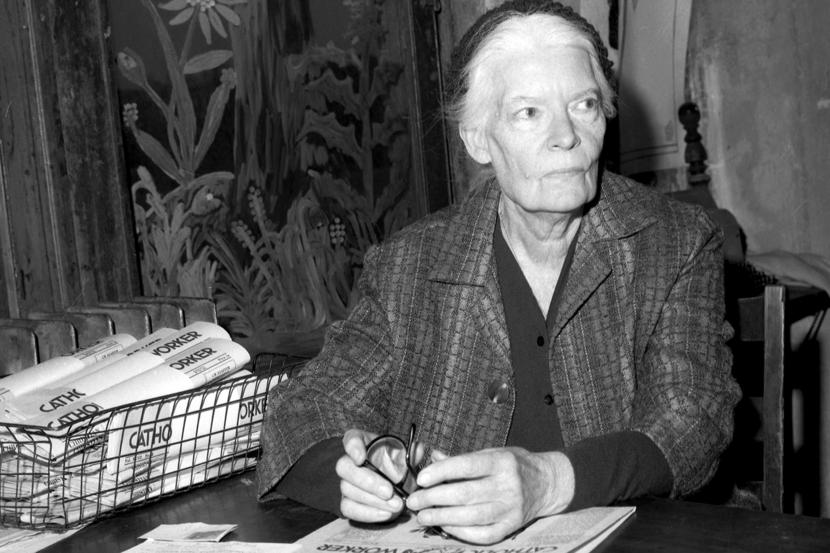 Posted at 07:00h in Educate, Woman of the Week by yfs-admin

As a woman it saddens me to see how “journalism” has become nonexistent, especially since women like Dorothy Day gave their lives for the furthering of this once respected calling. Born November 8, 1897, Dorothy’s life journeyed from a bohemian lifestyle to social activist after her conversion to the Catholic faith. In 1933, she co-founded The Catholic Worker, which was a Catholic newspaper promoting social justice issues and eventually she began the Catholic Worker Movement.

“I am restless, I have something to give but I don’t know what it is or who I am supposed to give it to. I know that I want to live fully. I want to do things that no one has ever done before”. Dorothy Day

Dorothy, like many of us today, experienced devastation and many disappointments. However, despite her traumatic abortion, and later on becoming a single mother, she still managed to channel all that suffering to pioneer the path for the poor and unwanted of society, through her House of Hospitality, which grew to feed over 3,000 a day. There really wasn’t anyone Dorothy could or would turn away. Everyone had hope, and everyone’s voice was worth listening to. Dorothy discovered that our past and our experiences can be used for God’s greater good. She knew He could use her nothingness for His Greatness and that her suffering was NOT in vain.

Dorothy was a woman of conscience and conviction. This is the reason why she is my Woman of the Week, because looking to this type of woman as a role model will empower us to move into action for what we believe, that every human being has a voice and deserves better.